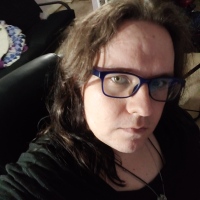 IWSG: Being a writer, when you’re reading someone else’s work, what stops you from finishing a book/throws you out of the story/frustrates you the most about other people’s books? — January 6, 2021

IWSG: Being a writer, when you’re reading someone else’s work, what stops you from finishing a book/throws you out of the story/frustrates you the most about other people’s books?

That is usually a hard question to answer. once I start something and get into it, it is hard to get me out of it. I will put up with almost anything the author throws at me. I know there are other people out there who cannot stand spelling mistakes or punctuation errors. There are some who find head slamming to be an issue or chaptering to be a problem if someone doesn’t divide their chapters by scene (which is hard to do if you divide your chapters by theme and name them…) but those are all fine by me.

There was one e-book which I found too frustrating to read. It will forever remain nameless because it did not follow any of the rules established for “talking” in a novel.

Established dialogue rules have always been clear, use quotations when people talk. It’s simple, It’s straight forward, you don’t have to think about it. It’s when you have to document things like thoughts or telepathic projections that you have to get creative but that is beside the point. The basic thing is when a character says, “Hey, look at me!” we all use quotation marks.

so when you decide to use italics for talking, you have broken all the rules for talking. I don’t know what is going on, I don’t know if you are talking, reading a note, thinking, projecting, telepathy is going on or anything. nothing is being documented. At least when Document a thought in italics i say the character thought it. when I use quotes and italics I say something like projected or something that announces telepathy is involved.

Straight up quotes is just a common place thing, we don’t have to think about it. you don’t always have to say, he said, she said, replied, inferred or whatever which can speed up the pace of dialogue between two people. to change what you use is not only frustrating, it messes up the pacing of your entire novel and makes it so while that story was awesome, I just couldn’t continue with it.